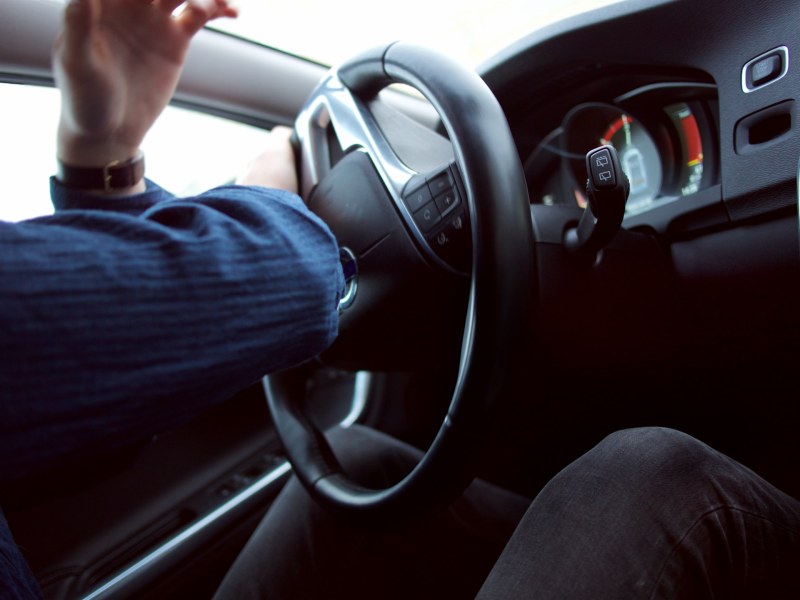 A DWI (or impaired driving) is not just a criminal conduct concern. Punitive or exemplary damages loom large when an impaired driver injuries third parties and passengers.

Imagine you are driving home after having dinner with your family, sober as a bird and ready to go watch some football on your couch. Then suddenly you are t-boned by a car running a red light. You are in pain and the other driver walks up to see if you are alright. That is when you smell the alcohol on her breath, see her bloodshot eyes, and notice she is swaying side to side.

She is arrested and charged with driving while intoxicated.

She will be prosecuted criminally, but what about you? What about the damages she has caused to you, your car, and your life overall?  Louisiana authorizes particular damages against drivers who operate motor vehicles while impaired. These types of damages are called punitive damages.

The following are actions that allow plaintiffs to recover punitive damages:

[1] Dan Claitor, the owner and lead representative of this firm, had a hand in passing one of the statutes. Senator Claitor was the lead author in the legislation that enacted punitive damages for hazing. The Louisiana Legislator overwhelming passed this legislation to strongly discourage  individuals from causing life threating harm to another.

The focus of this article is on the first class of punitive damages noted above, damages caused by driving while intoxicated. Punitive damages are not automatic. LSA-C.C. Art. 2315.4 specifically says that:

“… damages may be awarded upon proof that the injuries on which the action is based were caused by a wanton or reckless disregard for the rights and safety of others by a defendant whose intoxication while operating a motor vehicle was caused in fact of the resulting injuries.”

So what does this statute mean?

The law requires us to prove three elements under this statute. The elements are 1) the defendant was intoxicated or  had sufficient quantity of intoxicants to make him lose normal control of his mental and physical facilities; 2) the driver being intoxicated was a cause-in-fact of the accident; and, 3) the injuries were caused by a wanton or reckless disregard for the rights and safety of others. Bourgeois v. State Farm Mut. Auto. Ins. Co., 562 So. 2d 1177, 1180 (La. Ct. App.), writ denied, 567 So. 2d 611 (La. 1990).

As to the first element, we frequently can carry our burden of proof with modern technology. Thanks to breathalyzers, we can get a reading of what the blood alcohol level for an individual was almost immediately. However, this element can sometimes be a hotly disputed point. In Stephenson v. Bryce W. Hotard Sunbelt Rentals, Inc., the court determined that there was insufficient evidence present to show defendant driver’s intoxication. In Stephenson, the driver showed signs of being nervous, sweaty, and droopy eyes but that was not enough to conclude he was intoxicated. Those symptoms could be explained for other reasons. Furthermore, the defendant did not smell of alcohol, nor slur his speech. Stephenson, Sup. 2019, 271 So. 3d 190, 2019-0478 (La. 5/20/19). However, in Lacoste v. Crochet, the evidence presented was sufficient to support a finding that the driver was intoxicated. 1999-0602 (La. App. 4 Cir. 1/5/00), 751 So. 2d 998, 1004. In Lacoste, a passenger in the plaintiff’s vehicle testified that the plaintiff smelled of alcohol, was stumbling, had weak and blurry eyes, and could barely stand up. All three witnesses to the accident said the defendant driver told them he had a fear of going back to jail and had a prior DWI. The evidence in this matter was sufficient, even without a breathalyzer screening, to find the defendant driver intoxicated.

If you have been  involved in a motor vehicle accident with a suspected drunk driver, the law and common sense dictates that you should call the police. Though you can meet your burden of proof without a blood alcohol test, it is obviously going to be very impactful if you have one. Furthermore, police officers who a trained to determine if someone is intoxicated are a great source of evidence. Therefore, always call the police these types of situations occur. On the flip side of  the discussion, if you are considering driving while impaired, if you don’t value your freedom, do you value your things?

The next factor in awarding punitive damages requires that the fact finder ask whether the intoxication of the driver was a cause-in-fact of the subject incident. In other words, did the intoxication of the defendant contribute to the accident?  Although blood alcohol content alone is insufficient to establish causation, plaintiffs do not necessarily need expert testimony to prove their case. Thistlethwaite v. Gonzalez, App. 5 Cir.2012, 106 So.3d 238, 12-130, 12-131 (La.App. 5 Cir. 12/18/12), rehearing withdrawn. The plaintiff simply must show other corroborative evidence that alcohol was a factor contributing to the accident. Furthermore, alcohol does not have to be the sole cause of the accident, rather it simply has to be a contributing factor. Blackshear v. Allstate Ins. Co., App. 3 Cir.1994, 647 So.2d 589, 1994-765 (La.App. 3 Cir. 12/7/94). In Blackshear, the intoxication of the boat driver was found to be a cause-in-fact of the accident even though other evidence showed that the boat might have struck debris. One example of a jury finding alcohol was NOT the cause-in-fact was Carey v. Thomas. In Carey, the driver admitted having been drinking, however it was determined that his falling asleep behind the wheel because he was tired was the cause of the accident. Carey v. Thomas, App. 5 Cir.1992, 603 So.2d 263. In order to establish this element, look to evidence that the driver violated the rules of the road while intoxicated. The argument should be because of his intoxication, the defendant driver violated said motor vehicle law and caused the subject accident.

Finally, a plaintiff must prove that the defendant acted with wanton or reckless disregard to the rights and safety of others. You might ask yourself, what does that even mean? It means that once you have proven intoxication, the courts, more often than not, will find the third factor has been meet. However, simple proof that a person was driving under the influence, by itself, might not always be sufficient to establish this element. Bourgeois v. State Farm Mut. Auto. Ins. Co., App. 4 Cir.1990, 562 So.2d 1177, writ denied 567 So.2d 611. The courts will frequently look to the defendant’s blood alcohol level, evidence of the effect of alcohol on specific defendant, and consequences of alcohol consumption. There is case law that establishes that a blood alcohol level of .227 alone was sufficient to establish wanton or reckless disregard for the rights and safety of others. Therefore, for plaintiffs to support their case they should preserve as much evidence as possible of the defendant’s intoxication. Though this might go without saying, the more evidence that the defendant was heavily intoxicated, the more likely he will be found to have violated this third element.

So, what should you do if you are involved in a car accident with an intoxicated person?

CALL THE POLICE! Law enforcement is going to investigate and gather evidence on behalf of the State or Parish relative to the criminal violation that that will likely also support a claim for punitive damages. This is crucial when there are substantial injuries. The law is specifically written to punish and make an example of these types of offenders. If the drunk or impaired driver is discouraging you from calling the police, it should give you even more cause for suspicion. Once that driver leaves or no law enforcement report to the scene, then you jeopardize your ability to hold the driver accountable to both you and the community. We encourage to always inform the authorities if you have any doubt. If they are not intoxicated, then they should have nothing to worry about when the police arrive. In closing, if you or someone you know is considering driving impaired, you should be aware that the costs not only include potential loss of your freedom, it potentially includes the loss of your worldly possession as an example to others and compensation to those whom you harm. Don’t drive drunk. You will ultimately pay for it.